DETOXIFY ON A DAILY BASIS 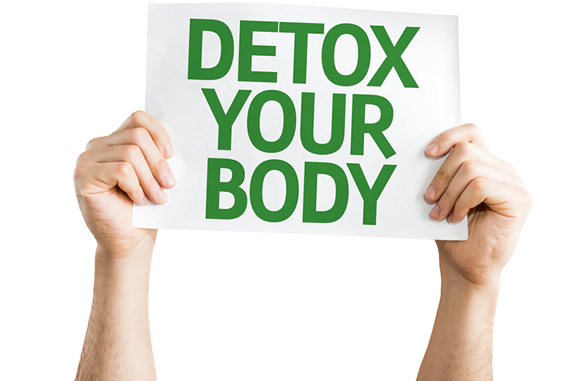 It is totally beyond our control to eliminate our body's exposure to the deadly toxins, viruses, and heavy metals we come in contact with on a daily basis.

To improve our health and prevent premature aging, we must have a means to eliminate toxins and heavy metals from our body and lessen our "body burden".

Source: American Cancer Society
Incredibly, your odds of being diagnosed with cancer have significantly increased and statistically your odds of being cured of cancer are worse than in 1975!
WHAT ARE THE MAJOR FACTORS ROBBING OUR HEALTH?

After years of exposure and ingestion of these toxic substances into our bodies, our body becomes less efficient in eliminating toxins. These toxins are stored in our liver, body fat, lymphatic system, joints, muscles, brain and other parts of the body. Our bodies are basically functioning like a septic tank. When a septic tank is full - it must be emptied. Your body must be emptied of toxins on a daily basis. The Lectro Chi Premier Energy Ionic Spa can aid in the removal of toxins from your body. The accumulation of toxins in our body weakens the immune system and damages the nervous system. This toxin accumulation is symptomatic of illness, chronic disease, premature aging and sometimes death!

Viruses have been referred as; "Pieces of bad news wrapped in protein..." by Peter Medawar, a Nobel Prize winner in medicine.

Viruses present a special problem in biology and medicine because they are too simple to be classified as living organisms, yet they are able to invade living cells and direct the genetic machinery of these cells to reproduce the virus. Antibiotics are useless against viruses because they are unable to penetrate the protein coating enclosing the virus.

Viruses float in the air and travel in water vapor. They are virtually everywhere. Every breath we take contains viruses.

Viruses are completely parasitic and are only active when they can invade living host cells. Viruses can alter host cells to such an extent that the result to the host can be a deadly disease!

The more toxic a person's physical and emotional state, the faster viral infections will replicate and the more severe the symptom

Extensive testing has been done on the Lectro Chi Premier Energy Ionic Spa using biofeedback, bio-coherence, and galvanic technology. The human body is subjected to numerous stressors on a daily basis such as poisons from a toxic environment, unchecked emotions, and stress associated with the daily grind of life. With biofeedback technology these stressors can be measured in real time. Research in this area shows that a Lectro Chi Premier Energy Ionic Spa session can significantly reduce these stressors on the endocrine system. Reduction of overall body burden can lead to reverse aging which leads to health, vitality, and well being.

Where do the heavy metals found in our body come from?

Heavy metal toxicity has been linked to many disorders symptomatic of disease. Listed below are the conditions in which heavy metals may be a factor:

Heavy metal poisoning is the underlying cause for many symptomatic illnesses and diseases. There are many individual metals causing varying degrees of illness based on acute and chronic exposures. Symptoms of heavy metal toxicity include pain in muscles and joints, chronic fatigue, headaches, vision problems, mental confusion, short-term memory loss, gastrointestinal upsets, food allergies, and multiple other symptoms. The fact is that all heavy metals are toxic and our bodies require special transport and handling mechanisms to keep them from harming us. The Lectro Chi Premier Energy Ionic Spa is an excellent tool to help facilitate heavy metal detoxification.

Heavy metal water analysis testing is one of the rigorous tests that the Lectro Chi Premier Energy Ionic Spa has undergone. These tests were performed to validate/refute claims that heavy metals and toxins are leaving the body during a Lectro Chi Premier Energy Ionic Spa session. The results were a definite "YES". For example - arsenic levels found in the session water was 354 times higher than the legal limit for drinking water. This is significant, because these levels were achieved during a single 40 minute ionic spa session.

Let's take a look at Western medicine as it plays a major factor in the health of this nation. Western medicine is very effective when applied to first aid, surgery, and trauma care. Western medicine's pharmacology is focused on treating symptoms and not the causation's of disease. The result is the use of chemical based drugs that are very strong and can lead to serious side effects. Many remedies in Western medicine are based upon the results of experiments performed on animals and may not be effective on the human body. Maybe this explains the fact that the "War on Cancer" is dramatically failing

Traditional Chinese medicine is based, first and foremost, on the classic published in the third century B.C., entitled Nei-Jing, or The Yellow Emperor's Classics of Internal Medicine. The Nei-Jing is still being used today while Western medical books often become obsolete within a few years. The following passage from the Nei-Jing may shed some light on the nature of Chinese medicine:

The text above is from the third century B.C. and it still applies today. This is the philosophy that drives our company on a daily basis. As sad as it is, most do not look for integrated or holistic technology until after they've exhausted their finances and/or Western medicine has given up on them. There is hope and there are remedies for the afflicted and diseased. It's only a matter of searching for the right people and asking the right questions.

WHO IS RESPONSIBLE FOR YOUR HEALTH?

It is important to understand a basic concept that will be stated as plainly as possible; "YOU ALONE ARE IN CHARGE OF YOUR HEALTH AND WELL-BEING". I hope that was simple enough. Your parents, siblings, spouse, nutritionists, holistic practitioner, massage therapist, acupuncturist, spiritual leader, and DOCTOR are not in charge of your well-being. The sooner you grasp this concept and put in to practice - the road to health and vitality will be much shorter. It should be understood that the council and advice of these individuals is important. It should be understood that it is imperative that you do the research before starting a new supplement, herbal remedy, diet, exercise program, or prescription.

You and you alone are responsible for your health. I encourage you to continue your search for health, vitality, and well-being. This search and the seeking of knowledge should be done on a daily basis so that you don't have to "take my word" or "anyone else's word" for the steps to reach optimum health. You will be able to make well informed and educated decisions that will positively affect your health, vitality, and well-being.